It sounds a bit silly, but the Great British Beer Festival for me is usually mostly about the foreign beers. Nothing else in the UK can match GBBF for volume & variety of imported beer in one place. However this year I drank far more British cask beer than imports. A combination of the people I was hanging out with and the amount of time I was at the festival. If you’re at the GBBF from near opening until last orders drinking nothing but “Imperial” beers — hop bombs or lucious stouts — is going to kill your palate & also your ability to stand upright. So, my GBBF 2012: all about great cask ale. (But I did sneak in some stunning imported beers of course!) 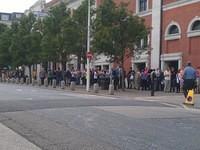 The British do love a good queue!

I always come prepared with a list of preselected beers. I also always end up wildly departing from this almost immediately & just “go for it” circulating through the bars. This seems to be a common pattern amongst festival-goers I meet. It didn’t help that this year the spreadsheet I generated from the GBBF website was missing the entire Champion Beer of Britain bar! I find the GBBF website effort is a bit half-arsed really. Pretty — but not functional. Clearly a project managed by marketing folk not quite clued up on modern website usability & functionality. (A common CAMRA online–experience situation.)

I showed up at around 14:30 on Tuesday to attend the trade session with a fellow North Hertfordshire CAMRA committee friend. The trade session has practical uses, the main one being meeting brewers to discuss how we can get hold of interesting beers for our beer festivals. There are a lot more people present that you’re likely to know too, which makes for a more enjoyable day. Wandering around bumping into people I’ve not seen for a couple of years, or who I see every week (local pub landlords for example), and even who I’ve never met before but “know” on twitter — all sharing a common interest: beer!

I’m going to split some of my verbose GBBF thoughts into two additional posts:

Outside of those arenas I’ll add that I love Olympia as the GBBF venue. So much more open and airy than Earls Court. I’ve only known GBBF at Earls Court until now and always considered it a rather ugly venue for the event — all concrete with dingy corners, it felt like a beer festival in a multi-story car park (an analogy I’m stealing from Dom of the Devonshire Arms in Cambridge, he described it this way and I immediately thought “yes, that’s it exactly“). 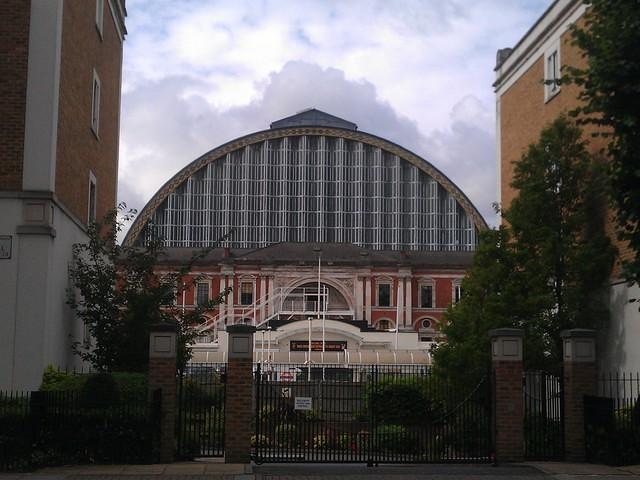 The value of attending the GBBF is called into question every year. Why go, queue up, deal with manky glassware, pay to get in, etc. London is turning into such a hive of craft beer venues that you could make better use of your trip to the city perhaps? If it is a big trip to get to London then I’d suggest: do both! There is plenty of value in the GBBF — you’ll find rare foreign brews otherwise not available, and (to counter the door charge) the prices are pretty damn good, especially on the bottles. Generally if you pick the right times queues don’t seem to be a problem. As for the glasses — you can swap for clean ones whenever you like. No need to rinse out in the loos! (Yes, I saw this happening.) Beer-ticking aside, there is also value in having the sheer range of cask ales there in one place. If you buy cask ale for pubs or festivals then this (along with Peterborough Beer Festival and the National Winter Ale Festival) is one of the best research opportunities of the year. You’re also more likely to meet and talk to useful people in the beer industry at GBBF (and not just at the trade session), meeting people & forging sales links is part of why they’re there.

This GBBF — with everything well managed and on hand-pump — didn’t seem to suffer from the usual beer festival quality issues. I do still hear a lot of reports of flat/tired beer, maybe my experience this year was skewed as I was there on Tuesday and Wednesday? The least-good condition beers I sampled were actually from the brewery bars, interesting in that you’d consider them to have more riding on serving their own beer in the best condition!

Well, that’s my 2p worth anyway. I almost skipped GBBF this year, in retrospect I’m mighty glad that I didn’t. I expect I will certainly go again. Apologies for being unfashionably pro-GBBF. 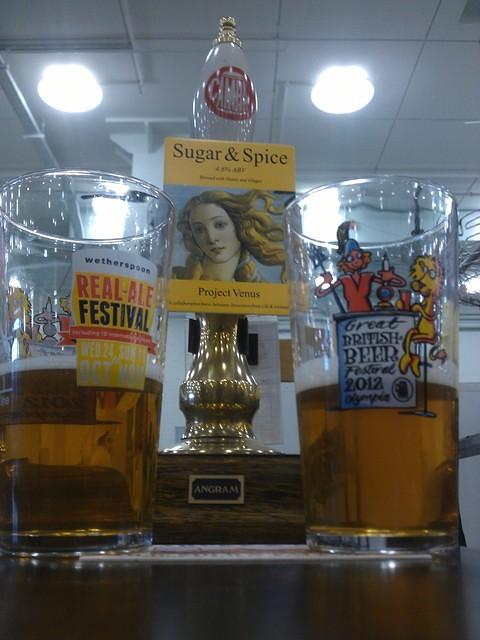